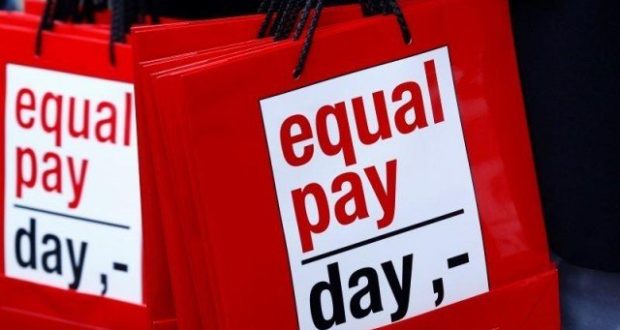 KARACHI:Speakers at a seminar, titled ‘Role of Women in National Economy’, organised by the Home Based Women Workers Federation (HBWWF) on Sunday, lamented that on average, wages paid to females were 40% less than what was paid to their male counterparts in Pakistan.

Consequently, it is harder for them to pay transport fares, utility bills and rents, and make ends meet, they reflected while speaking at the event held to mark the 16-day international movement for ending harassment and violence against women.  The speakers further decried that women were deprived of registering themselves at social security institutions and it was near impossible for them to form unions.

Addressing the seminar, HBWWF General Secretary Zehra Khan said that every year, human rights activist commemorated the movement, from November 25 to December 10, demanding an end to violence against women. The movement dates back to 1981, when four sisters, Patria, Minerva, María Teresa, and Dedé, initiated a campaign to oppose the dictatorial regime of Rafael Leónidas Trujillo Molina in Dominican Republic, she explained. Later, they were murdered on November 25, 1960, at the behest of the dictator, added Khan.

She said that these women were known as Mirabal sisters and epitomise “popular and feminist resistance.” Khan told the audience that it was in 1999 that the United Nations General Assembly marked November 25 to be observed as the ‘International Day for Elimination of Violence against Women’.

Today, women around the world are fighting injustice meted out on the basis of gender, class and social strata, said the HBWWF general secretary. In Pakistan too, women, particularly home-based workers, are putting up a brave front in the face of discrimination on multiple levels, she said, adding that it was for the first time in the country’s history that a federation of home-based workers was established.

The federation played a crucial role in getting more than five million home-based workers in Sindh recognised, she told the audience.

United Home-Based Garment Workers Union General Secretary Saira Feroze, who also spoke on the occasion, lamented that women in Pakistan were kept deprived of their rights despite contributing significantly towards the growth of the national economy. She said that they were paid less as compared to male workers and also criticised the incumbent government for the price hike that has gripped the country and troubled everyone.

“They are facing oppression on two fronts,” he said, adding that the feudal system had virtually enslaved them and the capitalist society was exploiting them as a source of cheap labour.  Moreover, a significant rise has been observed in incidents of sexual harassment of women at workplaces, he pointed out. “They are treated as third-class citizens,” said Mansoor.

President of NTUF’s Sindh chapter Rafiq Baloch, HBWWF members, including Shabnam Azam, and Zahida Mukhtar, and others also spoke on the occasion.