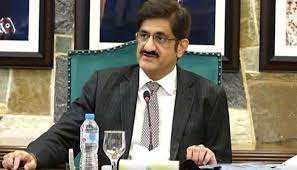 Action against the officers involved in the violence in Ghazi Goth operation was done on the report of Deputy Commissioner East.

The suspension notification was issued by Chief Secretary Sindh Sohail Rajput, the Sindh government appointed Commissioner Muhammad Iqbal Memon as inquiry officer and asked for a report within 3 days.

The notification directed the Commissioner Karachi to conduct an inquiry into the anti-encroachment operation and the role of the officers involved in the operation.