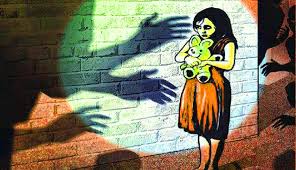 The Supreme Court (SC) on Wednesday dismissed a pre-arrest bail application of a man booked in a rape case.

The applicant, Mohammad Saleem, was booked by the Umerkot police for raping a 12-year-old Hindu girl along with his accomplices, Cheelo and Harchand, on February 14. According to the prosecution, the applicant and the other co-accused raped the girl while she was working in a field.

The applicant’s counsel submitted that his client was falsely implicated in the case and requested the SC to grant protective pre-arrest bail so that he could appear before the trial court. However, the state counsel opposed the applicant’s plea for protective bail and submitted that a medical report had proved the involvement of the applicant in the crime. After hearing the arguments, the apex court dismissed the pre-arrest bail application.

The court also took notice of the Federal Investigation Agency (FIA) not providing the immigration details of missing persons to the police investigators. Petitioners submitted that the police and other LEAs were not ascertaining the whereabouts of the detainees despite court orders.

The SHC directed the federal and provincial LEAs, JITs and other investigation officers to file progress reports with regard to the recovery of missing persons on the next hearing.