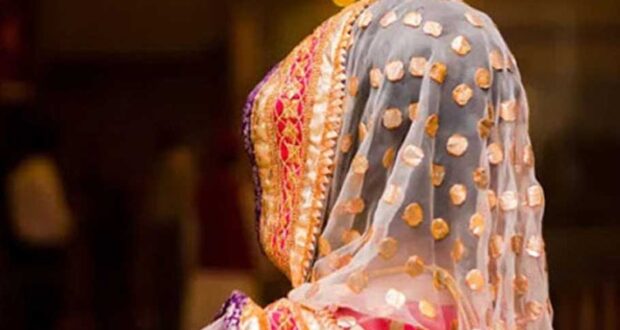 Posted by: admin in Gender Based Violence 15 days ago 0 11 Views

MULTAN: Four robbers, three of them wearing police uniform, allegedly gang-raped a bride in front of her husband here on Tuesday night at Shujabad.

The victim’s family told the local media that wedding procession [barat] of Muhammad Latif left the bride’s house located in Ghailywal (Lodhran) at about 4pm on Tuesday and reached the residence of bridegroom at Mochipura at 6pm.

They said at 3am (Wednesday morning), some people knocked at the door. When they opened the door, four men, three of them in police uniform, said they wanted to search the house for stock of liquor.

The family said the suspects entered the house and the three of them knocked at the door of the couple’s room. They said one of suspects held the family hostage at gunpoint for two hours and the other three allegedly gang-raped the bride. Later, the fourth suspect also raped her.

The family said the suspects tortured the couple on offering resistance and made off with five-tola gold and Rs125,000 cash.

After receipt of information, police shifted the couple to the hospital and medical report confirmed the rape. However, the first information report of the incident is yet to be filed.

Both Regional Police Officer Khurram Ali Shah and City Police Officer Munir Masood Marth inspected the crime scene and met the victim’s family. As per a handout, the chief minister has sought a report on the incident.

Other Media Sources: The Nation