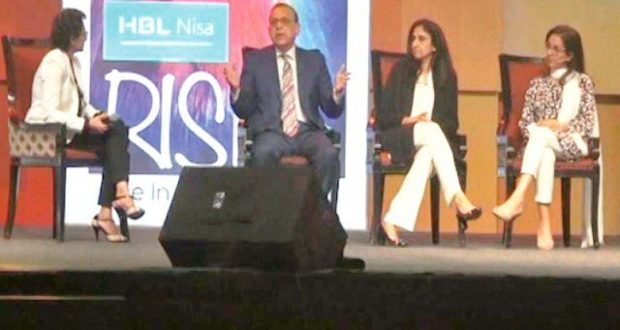 KARACHI:Pakistan Society for Training and Development (PSTD) organised a one-day conference, ‘Rising,’ on Wednesday which was attended by a large number of entrepreneurs and women from the corporate sector.

American Consul-General JoAnne Wagner, appreciating the role of women in social and economic development, said that Pakistani women were just as talented as other women in the world and could make their dreams come true.

Highlighting the efforts of the American government to empower women, she said that through US-Pakistan Women Council, that served to facilitate communication between the women of both countries, women were benefitting from the experience of one another.

PSTD Chief Executive Officer (CEO) Zubina Sadiq said that the purpose of the conference was to strengthen the society by providing training and awareness so that women can also take part in the country’s development.

The conference provided the opportunity to meet successful women and benefit from their experiences.

Habib Bank Limited Retail Products head Danish Hashmi said that only 5% of the women were benefitting from banking facilities. He said that the government and the State Bank of Pakistan had devised a strategy to broaden the circle of banking facilities in the country.

He said that HBL was also bringing forward modern and unique products to make the provision of banking facilities to women easy. Hashmi added that the economic participation of women in modern research was important because women were better at saving. The women also exhibit better abilities in facing risks, he said.

Share0Pin0Tweet0LinkedIn0Email0
2019-02-14
admin
Previous: An inspiring saga of women’s struggles, achievements
Next: ‘Women to be given opportunities for change in police force’