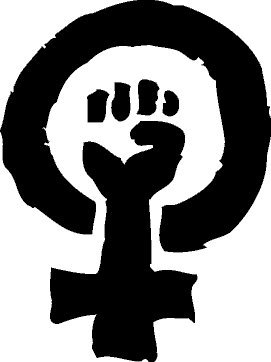 The National Women’s Day was celebrated on Tuesday under the joint aegis of the Arts Council and the Sindh Commission on the Status of Women (SCSW).

It was a daylong affair featuring speeches, award distribution, panel discussions, stalls and culinary delights on the Arts Council premises. The programme started with the screening of a video on women’s struggle since 1947 (and earlier). The 1947-70 period was classified as Dream to Realisation.

Besides, it also showed personalities like Mehnaz Rafi, Begum Khurshid Mirza, Khurshid Shahid, Iqbal Bano and Nur Jehan, women who contributed so much to the media and show business; and Anna Molka Ahmed and Zubeida Agha, women who did Pakistan proud in the field of fine arts.

Later, the video dealt with the period 1970-88, a period that was dubbed Bhutto’s era of liberalism. It featured videos of Begum Rana Liaquat Ali and Kaneez Fatima (labour). In the field of television, It showed pictures of Khushbakht Aliya and Bano Qudsia, Zubeida Mustafa in the field of journalism, Anita Ghulam Ali in Education, and Sheema Kermani for performing arts.

It also discussed the Ayubian edict that women could not be heads of state. The speakers said that the Constitution of 1973 enshrined the equality of women. Speakers dubbed the Zia era as the darkest for women in the history of Pakistan and recounted the Hudood Ordinance of 1979, the Evidence Laws, the flogging of blind women on a charge of adultery, and the indiscriminate baton charge on a procession of women in Lahore protesting the laws of evidence in Lahore on February 12, 1984.

In fact, the National Day of Women has been designated for February 12 as disclosed by Nuzhat Shireen, the chairperson of the SCSW, to commemorate the police highhandedness against women whereby so many women were grievously injured. She said that the period — February 12 to March 8 (International Women’s Day) — would be devoted to programmes highlighting women’s struggles and achievements.

She spoke in terms of real admiration for the late woman crusader Asma Jehangir and her sister Hina Jilani, who, she said were a source of inspiration for women’s movements. This was followed by a dance performance by an eight-year old girl and a skit by pupils of the Al-Qadir School, Lyari, depicting the taboo that goes with the birth of a girl. It was a masterly, touching performance.

The most admirable part of the daylong programme was that it encompassed women from all strata of society, the trendy urban elite and the downtrodden, financially challenged women from the interior of the province and all mingled as equals and shared each other’s success stories.