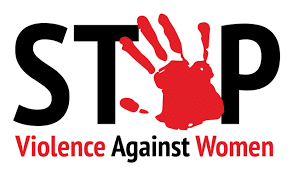 Report on violence against women statistics in 2020 launched

ISLAMABAD: The cases of violence against women and rape in Pakistan were doubled in the last six months of 2020 as compared to the first six months of the year. Similarly, the number of child abuse cases reported three times more in second half compared to first half of 2020. The province of Punjab has reported maximum cases of child abuse followed by Sindh and Khyber-Pakhtunkhwa.

The alarming statistics were revealed on Monday in a report titled “Tracking Numbers: State of Violence Against Women and Children in Pakistan” launched on the occasion of International Women Day by Sustainable Social Development Organization (SSDO).

The report presents an alarming situation in the country about failure of the government in preventing child abuses and violation against women as the number of such cases witnessed manifold increase during the year 2020. The research report contains data collected from government record and media reports during a period from January 1 to December 31, 2020.

It is a sequel to an earlier report published in July 2020 by SSDO and attempts to present a holistic analysis of state of women and children and their civic rights violations in Pakistan, highlighting their risks to safety and security issues, said Executive Director SSDO Syed Kausar Abbas while presenting the report on International Women Day.

“There is need of serious efforts by governments at all levels to ensure the implementation of laws related to the protection of women and children in country,” he said, adding the local government institutions and the police must play a proactive role in curbing the menace of violations of rights.

The annual document claimed that the voices of women and children remained absent from research records and databases, hence never truly reaching legislation and the policy development process with no solid grounds for key decision-making. The report encouraged more accurate and comprehensive data collection by government and non-government entities. The analysis in this report had been generated by collecting data of the cases registered and reported against nine research indicators namely child abuse, child labor, child marriages, domestic violence, violence against women, harassment at workplace, rape, kidnapping and honor killing. The selection criteria of newspapers were based on being the famous, accessible and most-read newspaper.

According to official data analysis, 8 out of 9 indicators namely child abuse (1,920 cases), child labor (117 cases), child marriages (32 cases), domestic violence (1,422 cases), violence against women (9,401 cases), rape (4, 321), kidnapping (15,714 cases) and honor killing (2,556 cases) had high occurrence throughout country. There was no cases recorded of harassment at workplace in criminal record because the subject is dealt in office of ombudsperson. In official record, the province of Punjab followed by the province of Sindh reported a considerable surge in almost all of these indicators. The maximum number of cases recorded in kidnapping and violence against women.

However, on the contrary the official data, the data collected from media tracking shows considerable difference. The women and child rights violation reported in media are less as compared to the official records that suggests that either media has not given priority to these reported cases or the media has failed to properly report such incidents.

As per media tracking, the province of Punjab again is leading in reported cases followed by Sindh and KP. The increased number of reported cases both in official record and in media tracking in Punjab also suggests that such cases are being properly recorded though. On the other hand, the less number of cases reported in official record and media tracking of Balochistan also raise some questions about the proper recording of cases of violation of women and child rights in province.