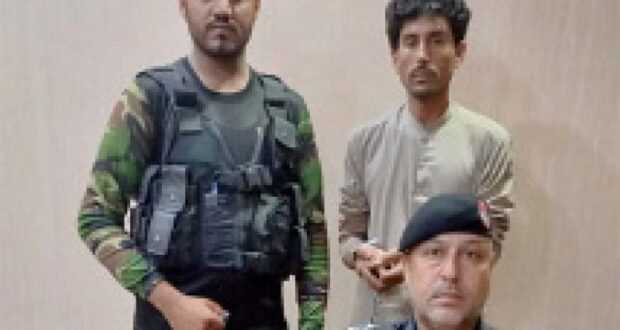 ‘Rapist’ rounded up in Pabbi

Posted by: admin in Gender Based Violence June 24, 2022 Comments Off on ‘Rapist’ rounded up in Pabbi 28 Views

NOWSHERA: A 13-year-old girl was allegedly raped in Pabbi, Nowshera district of Khyber-Pakhtunkhwa (K-P) on Thursday.

Police told The Express Tribune that the victim reached the local Pabbi police station along with her father and lodged an FIR. She stated in the FIR that the accused Syedullah overpowered her and took her to his baitak where he raped her. The child was so afraid that she didn’t even tell her parents for two days.

“She finally shared it with her mother and she informed her father who decided to register an FIR against the accused,” said a police official.

“The child was sent for medical examination despite the passage of several days and police immediately raided the house of the accused who has been arrested and put behind bars,” he said.

It may be mentioned here that sexual violence against women and children has been on the rise across the province without inviting any attention.