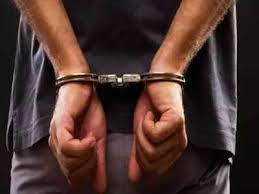 JHANG: Satellite Town police on Sunday arrested a youth who had fled after raping an eight-year-old orphan girl. Zubaida Bibi, a widow and a resident of Baig Colony, informed the police that when she came back to home after her job she found that her daughter was not at home. During the search along with the neighbors, she found that accused Shahid Abbas, who was also resident of the same locality, was allegedly raping her daughter in his outhouse. On seeing them, the accused fled by leaving the girl in injured condition. The police after getting a medical certificate registered an FIR under Section 377 of PPC and arrested the alleged rapist.