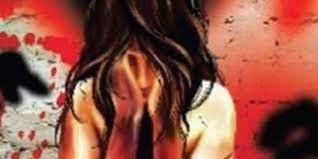 GUJRANWALA: A girl was sexually abused and another was raped in Alipur Chtaha in separate incidents on Sunday, while police claimed to have arrested one of the suspects.

In the first incident, a teenage maid was allegedly raped by the son of her employer.

On Sunday, when ‘S’ went to work at the house, the son of the employer allegedly raped her and fled. However, on the complaint of the girl’s parents, police arrested the suspect and registered a case against him.

In the other incident, an orphan girl ‘J’, who was residing in his uncle’s house at Jatanwali village, was sexually abused by an armed suspect who sneaked into the house, along with another man.

When the girl raised an alarm, locals gathered outside the house, making the suspects flee the scene resorting to aerial firing.

The police registered a case against the suspect.

Following the incidents, the locals staged a protest and expressed their concern over the rising rape incidents in Alipur Chatha.

Some of the protesters told the media that seven rape incidents occurred in the area within a few days.