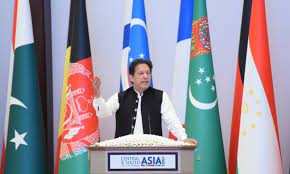 Posted by: admin in Gender Based Violence July 20, 2021 Comments Off on Prime Minister orders action against culprits in alleged rape of disabled girl after mother complains on citizen’s portal 87 Views

Prime Minister Imran Khan on Monday ordered a prompt investigation into the alleged sexual assault of a disabled minor girl in Okara.

The victim’s mother had lodged a complaint on the Pakistan Citizen’s Portal operating under the Prime Minister’s Delivery Unit, saying her daughter was sexually assaulted in Okara. The complainant also alleged that the investigation officer probing the incident had demanded a bribe from her.

The prime minister ordered immediate legal action against the culprits.

He stressed for a transparent investigation into the matter with a direction to keep the Prime Minister’s Office informed about the probe.

On reports of the investigating officer demanding a bribe from the victim’s mother, the PMDU asked the Okara district police officer (DPO) to take an immediate action against the official

Following the order, the DPO suspended the investigating officer, the PMDU added.

Last month, the prime minister had also taken notice of a complaint filed on the citizen’s portal regarding the FIA’s purported inaction in resolving a workplace harassment case.

The premier had ordered a “high-level” inquiry into the matter and asked the FIA to ensure retribution to the officials found responsible in the probe. He had said negligence in responding to a complaint filed by any citizen will not be tolerated.