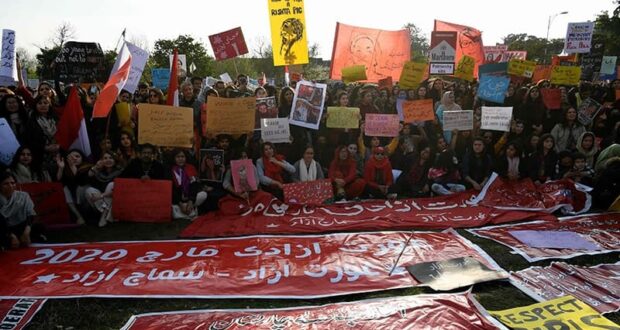 ISLAMABAD: The capital police arrested a prayer leader over his alleged involvement in criticising organisers and participants of Aurat March.

The prayer leader also criticised government and premier in his Friday sermon for not taking action against the organisers and participants of the march.

The Secretariat police arrested him for further legal action. SHO Khurram Shahzad was interrogating him.

He is the prayer leader of Jamia Masjid Phulwari since June 2020, the police said, adding he was the native of Shahdara and got religious education from a seminary at Super market.