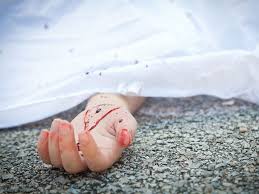 Posted by: admin in Gender Based Violence 17 days ago 0 58 Views

LAHORE: The police claim to have traced the blind murder of a young girl who was allegedly killed some two months back and her body was thrown on Lahore-Sialkot Motorway in Gujjarpura police precincts.

The body of 24-year-old girl (J), a resident of Muzaffargarh, was packed in a sack and a motorist had alerted the police when he found it on the motorway.

The Gujarpura police had lodged a case against unidentified killer(s).

The Civil Lines division investigation SP said the case has been traced some two months after the incident.