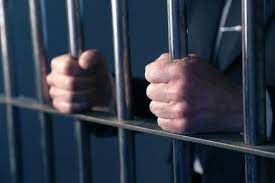 Posted by: admin in Gender Based Violence 6 days ago 0 6 Views

HYDERABAD – The Hyderabad police have arrested a suspect charged in a FIR with subjecting an 18-year-old girl molestation after kidnapping.

The spokesperson said the alleged victim’s mother Fauzia Hussain and father Altaf Hussain complained at the police station on May 8 that their daughter had gone missing.

He added that two days after registering the FIR under sections 365-B, 376 and 34 of Pakistan Penal Code (PPC) the couple apprised the police that their daughter had returned home.

However, they complained to the police that she had complained of repeated molestation during illegal captivity by one Waseem Bhatti.

She later informed the police that she escaped from Bhatti’s captivity and returned to her home.