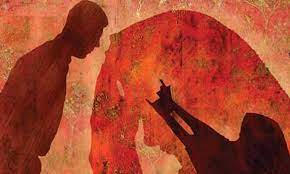 Girl killed in name of ‘honour’

KHAIRPUR – A young girl was killed over Karo-Kari rite near Khairpur on Saturday. According to Kot Diji police, the incident took place at village Moosa Thebo where accused attacked and hang a young girl Pervezan Thebo, 18, to death. Her body was shifted to Taluka Hospital Kotdiji and later handed over to her heirs. The cause of murder was to be stated so-called honour killing.