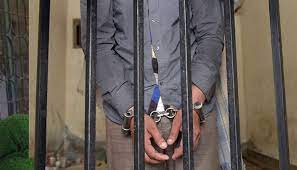 ISLAMABAD: The police have arrested a government officer for allegedly kidnapping and blackmailing a nurse after taking her objectionable pictures, police said. The nurse lodged a complainant with the Karachi Company police stating that an officer of the Ministry of Information Technology met her a year ago and asked her to dine with him but she refused. She said after his repeated offers, she went to dine with him but he shot some objectionable pictures and started blackmailing her. The complainant alleged that the accused wanted her to have sexual relations with him otherwise he would make the pictures public. The woman however refused to buckle under. The accused visited her house in G/8-1 and wanted her to go out with him.

“He pushed me in his car and tried to kidnap me but I escaped and reached the police station,” she concluded. The police have registered an FIR and arrested him.