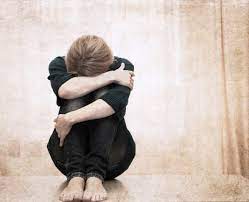 The decision was made in a meeting presided over by Chief Minister Mahmood Khan here on Tuesday that discussed matters related to shelter homes, said an official statement.

The participants of the meeting were informed that presently eight shelter homes were fully functional in various districts of the province while work on a facility in Lower Dir was in progress whereas the shelter home in Kohat was being upgraded.

The meeting was informed that as per the directions of the chief minister, all male staff of shelter homes except watchmen had been replaced with female ones whereas 72 new vacancies were being created to overcome deficiency of staff in the shelter homes.

Advisory committee for shelter homes had been notified and uniform food manual for all the centers had also been put in place.

The government has inked an agreement with Pakistan Baitul Mal for establishment and operation of eight shelter homes — two in Peshawar and one each in the divisional headquarters. Four of these shelter homes are already functional and so far about 97,000 people have availed facilities there.

The remaining four shelter homes will be made functional by September this year.

The process of hiring of staff, purchase of vehicles and other necessary items for these shelter homes has been completed.

The meeting was informed that rules were approved under Panahgahs Act, 2020, while work on the constitution of boards for the shelter homes was also underway.

The chief minister directed the quarters concerned to include philanthropists in the boards as members so that better administration of shelter homes could be ensured.

He also directed the authorities concerned to ensure implementation of uniform food manual in shelter homes and said that teams should visit the centers and submit report in that regard.

The chief minister told the officials to submit proposals for establishment of training centers for rehabilitation and skills development of drug addicts to make them useful citizens.

He said that the better quality of food must be ensured under “Koi Bhooka Na Soye Program” and steps should be taken for the extension of the scheme to divisional headquarters of the province.

The chief minister termed establishment of shelter homes an integral part of Prime Minister Imran Khan’s vision of a welfare state. He said that government was taking concrete steps for the effective and better management of the shelter homes to facilitate deserving people.