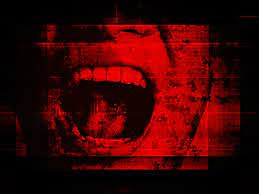 OKARA: A perverted man, who was also a drug addict and an alcoholic, tortured and raped his 70-year-old mother, police said.

The accused was said to be subjecting his mother to humiliation for some time.

DPO Hasan Iqbal, taking strict notice of the incident, directed the police to immediately arrest the accused and bring him to justice and punish him severely.

“Such people are evil to the society,” he said.

According to police, the incident took place in Nama Jandika, a village near Okara.

According to the FIR, the victim, a widow, had been living with her son, Allah Ditta.

Allah Ditta, who is a drug addict, had been raping his mother for some time.

The victim remained silent because of her age, and the incident was of such a horrible nature that she found it unbearable to make it public.

On Saturday night, when the victim had been asleep, her son entered the house drunk and allegedly tortured and raped her. The accused fled when his mother screamed for help.

Her scream alerted her neighbours who came out of their houses to find out what had been going on.

This time round the victim somehow found the courage to tell the whole saga to them.

She said that she did not disclose the matter before because of her age, and she also anticipated being stigmatized by society, police said. The villagers informed the police on which SHO Javed Khan reached the spot immediately.

The victim filed an application with the Haveli Lakha Police Station requesting them to get her medical done and arrest her son.

According to the police, the preliminary medical report had proved the abuse.

NOTE: Name has been withheld to protect victim’s identity