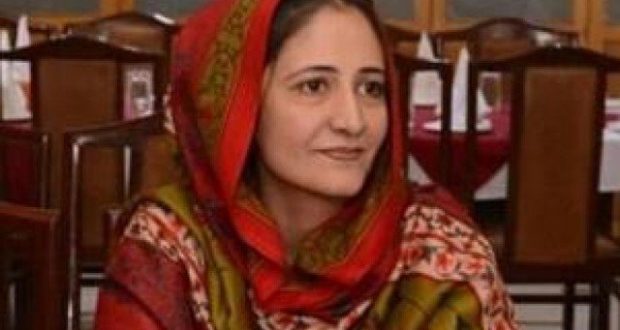 QUETTA: Representing Balochistan as member of National Commission on Status of Women in Islamabad, women rights worker Sana Durrani has urged the government not to introduce new women rights laws as the old ones are yet to be implemented.

Working in women development sector for 15 years in Balochistan, Sana, a woman entrepreneur, has been launching women development projects and providing skills to women so they can contribute their due share in domestic and provincial economy.

“The country can’t be developed till you keep sidelining the 52 per cent of the country’s population and continue exploiting the rights of women. Without involving females in economic sector we can’t expect progress in our province,” Durrani told The Express Tribune in an exclusive interview.

Stressing upon implementation of the women acts and legislation introduced by the provincial government, Sana says she has been consulting with parliamentarians to stop tabling further acts and bills regarding women rights because the already tabled ones are yet to be implemented in the province.

“The government of Balochistan adopted Women Harassment Act in 2016 but it’s ironical that they didn’t appoint the ombudsman who should have been in charge of receiving applications regarding women facing violence and harassment,” Sana said, calling the legislation as just a piece of paper and  nothing more.

The entrepreneur added: “There should have been quick implementation over Women Harassment Act and awareness campaigns had to be launched to let women know what constitutes their rights and how to protect them.

Sana who has been participating in all new legislation and policies regarding women empowerment in Balochistan requested the provincial government to introduce Balochistan Women Economic Policy, which would be helpful to empower women who are not allowed to work outside their homes.

“Why can’t we become the first province of the country to adopt Women Economic Policy,” Sana asked, said citing the example of Punjab which passed Women Development Fund.

She said currently the incumbent government has been working on women’s inheritance rights because unfortunately Balochistan tops the list where women are not allowed to demand their share in property.

“From the last 10 years Child Marriages Act is in the pipeline to save girls from early marriages which is not good for their health, but the discussion between the government representatives and religious scholars and political parties didn’t yield any result as they are still stuck on deciding age for child marriages,” she added.

She said her organisation has decided to intensify talks with parliamentarians over implementation of women acts. However, over their negative response it has been decided that they will approach courts and file petition.

Sana whose organisation has been imparting technical and professional skills among 180 girls in Balochistan says, “we have introduced new courses for girls and they have been getting training of chef, e-commerce, office assistance breaking the narrative that girls can pursue courses of beautician and dress designer”.