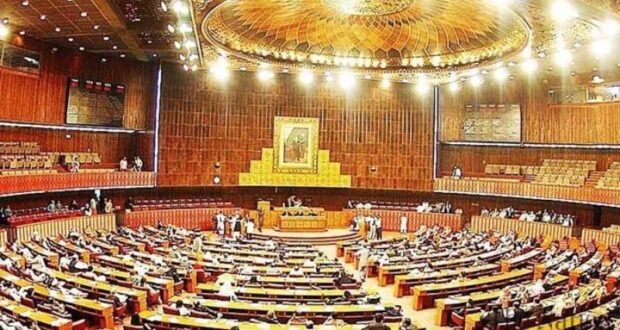 New law against rapists, pedophiles on the cards

ISLAMABAD – Pakistan Tehreek-e-Insaf (PTI) government is preparing draft of a new law against rapists and pedophiles that will address all loopholes in the existing laws, a senior government official said on Wednesday.

On the instructions of Prime Minister Imran Khan, Ministry of Interior in consultations with the Law Ministry and other relevant stakeholders will draft an all-encompassing law to ensure that rapists and pedophiles could not evade the punishment and justice could be ensured to the victims, he said.

The new law will address the low conviction rate in cases of rape against women and children and to address the issue that crimes against women and children remain unreported in many cases, the official said. In many cases, victims make a compromise with the culprits and the latter evade from the due process of law as well as conviction and the new law will also address this gap to ensure that all culprits could be brought to book.

There is a proposal of public hanging and chemical or physical castration before the government but there needs to develop a consensus on this, the official said adding that the law would ensure that identity of rape victims could not be revealed.  The law will also propose punishment for those police officers who don’t timely take action or derelict from their duty when some rape case is reported.

The government is considering to develop a databank of all rapists with having their DNA samples and an alert system would be developed through a cell phone application to avoid crimes against women and children. The law will also address the issue of increasing cases of child pornography  Earlier this month, Prime Minister Imran Khan had asked for rapists and pedophiles to be public hanged or chemically or physically castrated after a mother of three was raped by two dacoits in fronts of her children at motorway. PM had also said that the government would bring a new law to stop crimes against women and children.