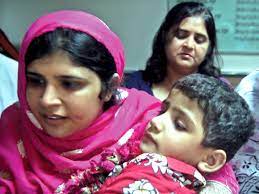 Posted by: admin in Gender Based Violence December 5, 2022 Comments Off on Minor girl reunited with family 49 Views

Islamabad: The Shahzad Town police station recovered a 4-year-old missing girl and handed her over to her parents, the police spokes­man said. A local, Muhammad Asif lodged an application with the Margalla Police Station, saying that his minor daughter, went missing while playing near his house and could not be traced despite hectic efforts by family members.

Upon receiving the application, the police team immediately started the investigation. The police team used technical and human resources and succeeded to trace the missing girl and reuniting her with her parents. The parents appreciated the police team’s efforts and thanked the Islamabad capital police for immediate action.