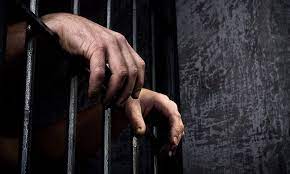 Man wanted for honour killing held after 10 years in Muzaffargarh

Posted by: admin in Honour Killings 16 days ago 0 7 Views

MUZAFFARGARH: The Bait Mir Hazar police arrested a murder suspect on Monday who has been in hiding for 10 years.

Station House Officer Amjad Ali said he with the help of modern technology arrested Muhammad Safdar wanted in the murder of his sister Shazia and her two children (Ayesha and Asif) in 2012 in Jhang.

She had married Sarfraz against the wishes of the accused. Safdar’s father Jeena Khan and a brother are also wanted in the case.