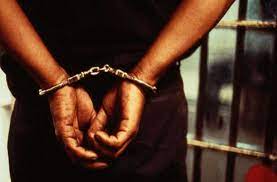 BAHAWALPUR: A man allegedly killed his wife and set her body on fire in his house at Chak 113/DNB in the Head Rajkan police area near Yazman on Saturday.

Muhammad Asif Ali, 47, had strained relations with his wife Tahira Yasmeen, 45, police said. On Saturday, both had a quarrel over a domestic issue and the suspect attacked her with an axe. He strangled the injured Yasmeen. Later, he sprinkled her body with petrol and torched it.

According to PRO Umar Saleem of the DPO office, on receipt of the call on emergency helpline, the police rushed to the scene and caught the suspect who was trying to flee.

Police sent the torched body to the Yazman Tehsil Headquarters Hospital for postmortem.

The couple had two sons and as many daughters.

Police collected forensic evidence from the scene and registered a first information report against the suspect.

In another case, Bahawalpur Saddar police claim to have arrested the man who had raped a disabled teenage boy at Basti Bhattian the other day and uploaded videos of the crime on social media.

The victim was lured by the suspect into his house where he subjected him to rape and made its video.