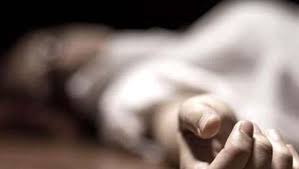 GUJAR KHAN: A seven-month pregnant woman was murdered by her husband in the jurisdiction of Jalalpur Sharif police station on Monday.

The victim was identified as 23-year-old Sobia.

According to the first information report (FIR), registered on the complaint of the victim’s father, her relationship with her husband had been estranged ever since she got married three years ago. The suspect used to beat the victim frequently.

On Sunday, Sobia called her father to her house after informing him that she had been facing torture at the hands of her husband. The victim’s parents visited her house in Chakshadi to talk to the couple.

On Monday morning, however, the suspect woke up and afterquarrellingwith his wife, began hitting her head with a water tap. She died on the spot.

The suspect managed to escape afterwards, the complainant stated.

Jalalpur Sharif police reached the spot and shifted the body to Tehsil Headquarters (THQ) Hospital Pind Dadan Khan for medico-legal procedure and registered a case against the suspect under section 302 of the Pakistan Penal Code (PPC).

Raids are being carried out to arrest the suspect and further investigation is underway, police said.