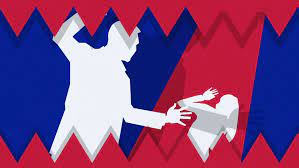 BAHAWALNAGAR: A man allegedly killed a woman and committed suicide after she rejected his marriage proposal in Faqirwali on Monday.

According to police, Nasir Ali, 25, of Chak 107/6R, sought the hand of Kausar, 20, of Chak 41/3R. When the woman’s parents refused the proposal, Nasir started forcing Kausar to contract court marriage.

They said she was not ready for it and she advised him to wait until her family allowed her to marry him. They said that on the day of the incident when Kaiser was cutting fodder in the fields, Nasir came over there and again pressured her for free-will marriage.

They both had arguments when Nasir fired shots at Kaiser and killed her. He later killed himself by shooting in his temple.

No one from the families of both sides approached the police, sources added.

Rescue 1122 said they rushed to the scene after getting information but they found the couple dead on arrival.