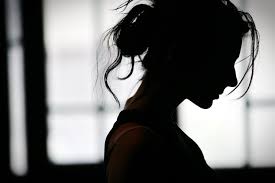 KARACHI: A local court indicted on Wednesday an accused for kidnapping an underage Christian girl to compel her to marry him and subjecting her to rape.

The main accused has been arrested and charged with kidnapping a teenage girl with an intention to compel her to marry him and subjecting her to sexual assault within the remit of Ittehad Town.

The judicial magistrate (West) read out the charges to the accused. He pleaded not guilty and opted to contest the trial.

The judge summoned the witnesses on the next date for recording their testimonies and fixed the matter on July 18.

The court bifurcated the case against four absconders and issued warrants for their arrest.

Earlier, the investigating officer had charge-sheeted the detained accused along with his three alleged accomplices, including two females.

The IO filed the final investigation report before the court on May 25, recommending the four nominated accused persons for trial for kidnapping a non-Muslim girl to force her into marriage, keeping her in wrongful confinement, criminal intimidation and rape.

He mentioned that medical reports, including the DNA matching, had confirmed that the complainant was subjected to rape by the main accused, who was detained on May 14. The medical test also determined the age of the victim to be between 13 to 14 years, it added.

The IO showed three others — the detained man’s sister, his brother and sister-in-law — as absconders since they escaped from the court after their interim pre-arrest bail was recalled and had allegedly gone into hiding to avoid arrest.

The IO said that from the statements of the complainant and other witnesses recorded before the police and before the judicial magistrate and other evidence collected during the course of investigation the offence had been proved against the nominated accused persons.

The investigation report mentioned that the victim was produced before the judicial magistrate for recording her statement under Section 164 of the Criminal Procedure Code, deposing that she was asked by her maternal aunt to accompany her to the JPMC on April 28 and also took her two-year-old brother along.

The victim claimed that they were deceitfully taken to a flat, where she was pressurised to marry a brother of her uncle else they threatened to kill her brother. In her statement, the victim further testified that her uncle’s brother raped her, physically tortured and forcibly solemnised marriage with her in court.

The victim testified that one day she escaped from the house of the accused and reached her parents’ house on May 5.

Initially, a case was registered under Sections 365-B (kidnapping, abducting or inducing woman to compel for marriage etc), 376 (punishment for rape), 342 (punishment for wrongful confinement), 506 (punishment for criminal intimidation) and 34 (common intention) of the Pakistan Penal Code at the Ittehad Town police station on the complaint of the victim.