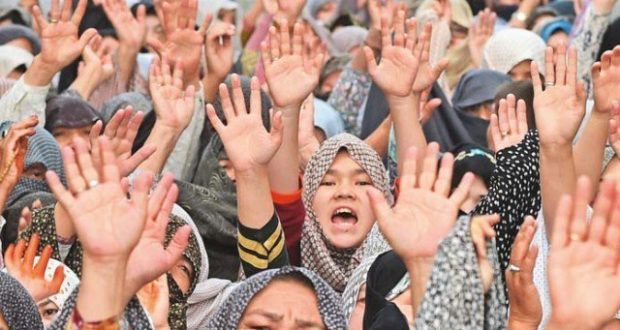 He was speaking at the launch of a report titled ‘Good Practices to Counter Violence Against Women and Girls (VAWG) and Promote Gender Equality in Pakistan’.

Acid Survivors Foundation (ASF-Pakistan) in partnership with the National Commission on Status of Women (NCSW) and Group Development Pakistan (GDP) presented the report.

The report was launched at a ceremony attended by parliamentarians, women and girls’ rights activists, policy-makers, government representatives, civil society, media, children and the public at large.

The report is an outcome of the project “TAAWUN (Synergies)” funded by a delegation of the European Union.

The European Union Ambassador to Pakistan Jean-François Cautain emphasised on the economic participation and empowerment of women to counter the challenges faced by women and girls.

NCSW Chairperson Khawar Mumtaz said: “We have to address the root causes in order to eradicate gender-based violence and for that, the availability of credible data is crucial so that prompt measures are taken at societal and institutional levels.”

ASF-Pakistan Executive Director Mohammad Khan said that the report is meant to engage law and policymakers, and community members to identify solutions to counter acid or burn violence.