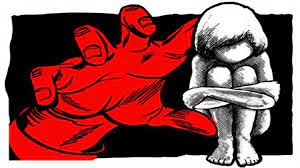 Posted by: admin in Gender Based Violence 17 days ago 0 7 Views

BAHAWALNAGAR: The Minchinabad police claimed on Wednesday to have arrested a man on charges of harassing, blackmailing and attempting to rape his tenant at Mohallah Munsafiwala.

According to the FIR, a resident of Mohallah Munsafiwala rented out a house to a woman about one and a half years ago. It said the woman had been divorced about six months ago after which she started a beauty parlor business. The house owner, it said, started harassing the woman and offered a rent waiver in return of developing relations.

The FIR said that on Tuesday night, the house owner rang up the tenant but she didn’t receive his calls. It said the very next day, the owner, along with two men, barged into the house, tried to rape the woman and tore her clothes. Two passersby rescued her on hearing hue and cry.

It said the attackers before leaving the house threatened her with dire consequences in the presence of eyewitnesses.