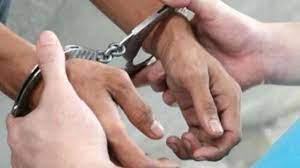 LAHORE: Police arrested a man for attempting to rape a ten-year-old girl in Baghbanpura area here on Saturday.

The accused was identified as Nabeel. The accused picked up the girl playing in a street and tried to rape her. However, the accused was timely caught due to hue and cry raised by the girl.