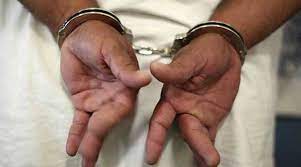 Posted by: admin in Gender Based Violence July 16, 2022 Comments Off on Man held for killing minor daughter 31 Views

CHARSADDA: The police arrested a resident here on Friday for killing his minor daughter.

The four-year-old’s body with slit throat was found near the Jundi River in Shabara area last Tuesday.

The police said the girl’s father had confessed to committing the murder saying he suspected that she was an illegitimate child.

On his pointation, the police recovered the knife used for the murder. They said the suspected killer also tried in vain to commit suicide as the bullet fired missed him.

The police booked him under the Pakistan Penal Code’s Section 302 (murder) and Section 311 (brutality).

The medical examination of the body showed no signs of rape or physical abuse.

The police said they would produce the suspect before a local court toseek his three days physical remand.

The man initially told police that his minor daughter had stepped out to play but didn’t return, so the family began a search and found her body near the river.

He said the family had no enmity.

The police said Obaidullah married five years ago and the deceased was the eldest of his four daughters.

They added that the girl was born prematurely, so her father suspected that she was an illegitimate child.

The police said the suspected killer was jobless and could be involved in crimes.

Meanwhile, a clash between rival groups left a youth dead in Hussainabad area here on Friday.

Mir Alam was stabbed to death by rivals over a land dispute in Matta Barokhel area.