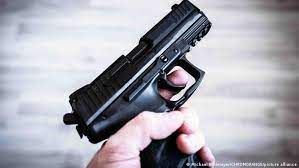 KALAYA: A man allegedly killed his two sisters and injured his sister-in-law over a petty issue in Mandati area in central parts of the Orakzai tribal district on Friday, police said.

Deputy Superintendent of Police, Lower Orakzai, and Mahboob Khan told reporters that a man identified as Tariq allegedly opened fire on his two sisters and sister-in-law at his home after exchanging harsh words with them over a trivial issue.

He said the three women sustained injuries in the firing and were taken to the district headquarters hospital, where the two sisters succumbed to injuries. The official said the third injured woman was under treatment at the hospital. He said the accused fled the scene after committing the crime.