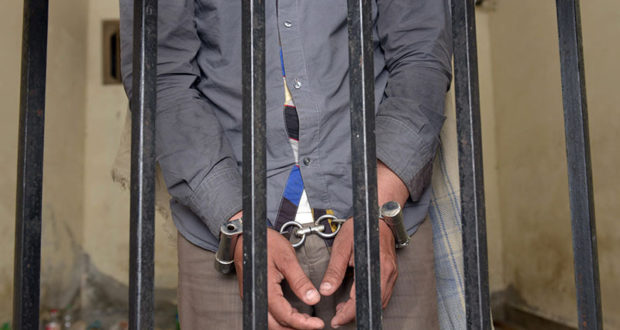 LAHORE: An anti-terrorism court on Thursday awarded a man collective imprisonment of 29 years on different counts after finding him guilty of throwing acid on a private university’s teacher a month before her marriage, in January 2014.

Umar Farooq had attacked Huma Shahid with acid when she was going home from the university on an auto-rickshaw on College Road, Green Town.

Farooq was pillion riding with his friend Abdul Haq on a motorcycle when they intercepted the rickshaw and threw acid on Ms Shahid.

The police investigation revealed that Farooq was friend of Ms Shahid’s fiancé and sent a marriage proposal to her. However, the victim’s family rejected the proposal and also complained to the convict’s parents.

Farooq nurtured a grudge against Ms Shahid and in connivance with his friend threw acid on her.

Satokatla police had arrested Haq who was handed down 14-year term by the trial court.

Meanwhile, Farooq fled to Dubai where Interpol arrested him in April 2017 and handed him over to Pakistani authorities.

All the sentences will run concurrently.

Advocate Faizullah Khan Niazi, the victim’s counsel, told Dawn that Huma Shahid, after surviving the acid attack married her fiance and went to Germany to pursue a Ph.D programme. He said the victim visited Pakistan for a couple times to record her testimony before the trial court.