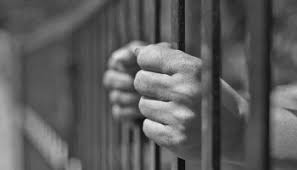 Man, father held after his wife beaten up, shaved on Jirga’s order

Posted by: admin in Domestic Violence September 20, 2022 Comments Off on Man, father held after his wife beaten up, shaved on Jirga’s order 21 Views

A man along with his father was arrested on Monday after he was found taking his wife, mother of a minor daughter, to a ‘Jirga’ where she and her alleged paramour were thrashed and their hairs cut in the outskirts of the city.

After the incident that took place on Sunday, an FIR was lodged at the Sukkan police station on a court order. The complainant was the woman’s father, Ali Muhammad, son of Hussain. His daughter’s husband and father-in-law were arrested following the FIR’s registration.

The complainant stated in the FIR that his 18-year-old daughter’s husband Ayub, mother-in-law Amina and father-in-law Moosa took her to a ‘Dera’ of a feudal, Haroon Jamoot, in the Rehri Goth area of Sukkan locality where a neighbouring boy Ayub Lakhio and his family members were also present.

“Her in-laws accused my daughter of having relations with Ayub Lakhio saying that she used to talk with the boy on mobile phone,” the father narrated. “My daughter refuted all the allegations levelled against her but the ‘Jirga’ convicted her and the neighbour.”

The father said that the feudal lord passed judgment and ordered that their hairs be cut, after which a woman along with others cut his daughter’s hairs from the backside and also cut the hairs, eyebrows and moustache of Ayub. The in-laws also snatched her 18-month-old daughter from the complainant’s daughter. The video of the incident also went viral on the internet.

The complainant appealed to the higher authorities to provide his daughter justice and demanded the arrest of all the suspects involved in the incident. The woman’s father said that the incident took place on Sunday and he became aware of it when his daughter arrived at his house wailing and crying. He said that he married off his daughter about three years ago.