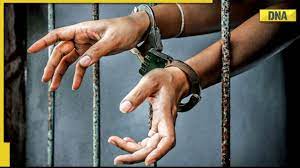 Posted by: Fatimah Hassan in Domestic Violence 6 days ago Comments Off on Man booked for killing wife 4 Views

LARKANA: Police on Tuesday booked a man and his two brothers for allegedly killing his wife, a mother of five children, at his home in Rahmatpur locality a day before.

According to the FIR registered under section 302 lodged by a close relative, Fayaz Hussain Qadri and his two brothers forcibly dragged away his wife Sabhiya Qadri took back to their house where she was brutally beaten and later brought to CMCH in critical condition but died soon afterwards.

Police began conducting raids to arrest the accused after the registration of the case but they had escaped by then.

Ihsan Jokhiyo, the victim’s uncle, said that Sabhiya was staying at her parents’ home after the death of her father and wanted to return to her home after chehlum.

Her husband flew into a rage over her desire and hen and his brothers forcibly took her back to their house where they brutally beaten her. She subsequently died, he said. Police collected evidence from the crime scene and recovered a sharp cutter, which was probably used in the crime.