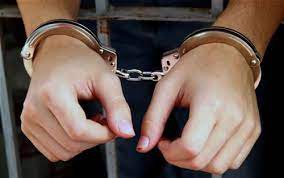 Police on Friday arrested a ruthless man who mercilessly beat his wife in full glare of public in a Bazar in Narowal with a club.

Police got into action when media highlighted the news and arrested accused Mohsin. A case was registered against him under Sections 354, 147 and 149 of the Pakistan Penal Code.

DPO Asad Sarfraz said that no leniency could be shown to men who made their wives subject to domestic abuse. He vowed strict action against the accused.

On Thursday, accused Mohsin savagely beat his wife Noreena Bibi with a stick in a bazar full of people. He was dragging her in the streets by pulling her hair. The poor woman kept wailing and was begging for his mercy and seeking his apology.

Police registered an FIR on the complaint of the woman. They also arrested the brother of the accused on Noreena Bibi’s complaint. She alleged that her brother-in-law Atif too used to beat her along with accused Mohsin.—INP