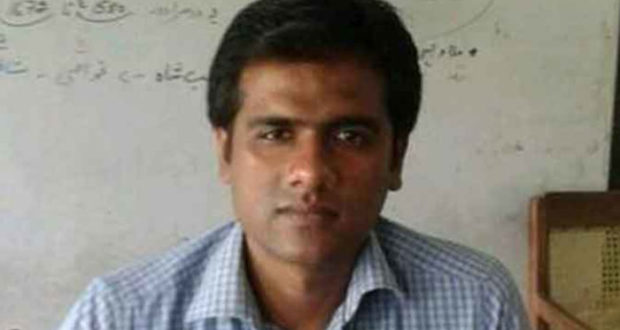 LAHORE: A lecturer at a college in Lahore has committed suicide after the institute’s administration failed to issue him a letter absolving him of sexual harassment allegations by a female student.

Police confirmed to Geo News on Saturday that Muhammad Afzal, a lecturer of English at the Government MAO College, committed suicide earlier this week. Afzal reportedly ended his life by consuming a toxic substance.

Police said the body was handed over to the family after they expressed unwillingness to file a case.

MOA College principal Dr Farhan Ibadat told Geo News he had ordered an inquiry after receiving a harassment complaint from a female student against the lecturer. He said Dr Alia Rehman, who was overseeing the inquiry, had informed Muhammad Afzal that he was innocent.

The case of the suicide became a topic of debate on social media after the lecturer’s letter to Dr Alia Rehman and his suicide note surfaced on Twitter and several Facebook groups.

Dr Farhan Ibadat confirmed the authenticity of the letter which he had sent to Dr Alia Rehman on October 8. He said Afzal had demanded a written response to his letter. He said that it takes some time to reply to a letter but the lecturer ended his life the very next day.

Share0Pin0Tweet0LinkedIn0Email0
2019-10-20
admin
Previous: ‘50 women, 28 men killed for ‘honour’ in Sindh this year’
Next: University of Balochistan VC steps down for fair probe into harassment scandal