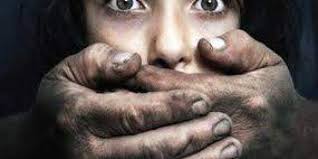 SUKKUR: A gang of armed men barged into a Hindu family’s house in Jarwar locality in Tangwani town late on Tuesday night and kidnapped a teenage girl at gunpoint.

Police arrived in the locality after being informed of the incident, collected information from Takhat Odh’s family and lodged a report against as yet unknown suspects for kidnapping Takhat’s daughter Kaweeta.

Later, police raided houses of Behalkani community in the locality over suspicions they might have kidnapped the girl but neither the girl nor the kidnappers were found there and police had to return empty handed.

The girl’s family told local reporters that they were poor and had no enmity with anyone. They demanded police authorities immediately recover their loved one and arrest the kidnappers.