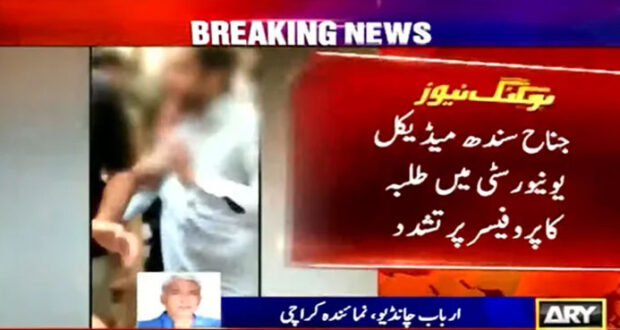 A JSMU professor over harassing female students of the medical university.

The administration of Jinnah Sindh Medical University has launched an investigation into the case.It must be mentioned here that this is not the first time that students have accused professors of sexual harassment in varieties.In one such incident, a medical student, Perveen Rind had levelled allegations of sexual harassment and torture against the People’s University director Ghulam Mustafa Rajput for denying his directions.