In praise of capital punishment

Posted by: admin in Gender Issues, In Focus January 5, 2013 Comments Off on In praise of capital punishment 774 Views

The death penalty in the specific social, economic and political context of Pakistan should not be seen as a desire or urge for revenge

What should be sthe approach of the advocates and activists for women’s rights and gender mainstreaming in a society like ours where vulgar display of wealth (ill gotten wealth most often) and power are normative and where people are respected for their positions not strengths? The question has always been in my mind at different stages and phases of my career spanning over 20 years in the social development sector of Pakistan and some other countries in the patriarchal belt of South Asia.

I am speedily isolating myself from the ‘Ivy league’ of renowned activists and donor-dependent and donor-driven non-profits in Pakistan for the past two years on recognising the blatant discord between the idealism reflected in glossy reports in immaculate English and the practice of most of the key players in the sector. Therefore I do not intend to lament such successful players, as life has taught me that it is futile to question the process and ethics as pragmatism and popular wisdom are satisfied readily and conveniently by the product and obvious tangible gains.

However, what still bothers me and despite training my mind to become almost silent, I do question the relevance and effectiveness of some emerging trends, voices and demands in civil society (precisely speaking only some selected NGOs) that are being disseminated through different channels and media forums as the collective vision of the entire civil society of Pakistan.

One such riddle is the issue of capital punishment for crimes (this is the only available word but that too is inadequate)to define the trauma, pain, stakes, notions of honour and much more associated with specified acts like rape, gang rape, incest, child sexual abuse and acid attacks.

It is indeed an excruciating experience for me to read and hear the apologetic perspectives and philosophies of some of the recognised champions of human rights, women’s rights and child rights defenders not to promote the idea of the death penalty for the perpetrators of such crimes. Although the cost (social, emotional, psychological and physiological, not only for the direct victim as well as for the entire family) of those cannot be measured quantitatively but is definitely too high.

The opponents of the death penalty for such criminals are usually very well educated and belong to the elite classes of Pakistan or international technical and aid agencies working for Pakistan on issues of violence against women, girls and children (and who are mostly perceived as secular and liberal). They suddenly fit in a humane approach in the discourse on this issue while claiming in the same breath that they are not sympathetic to the criminals. Interestingly, if not ironically, they do not hesitate in quoting the holy books like the Quran, Bible and Gita for their pro-life arguments and that too inappropriately. Since I am not a religious scholar I would not comment on the teachings of these great books on such horrific episodes but my limited knowledge of religions makes me wonder why one needs to consult religion only when it comes to disadvantaged people, especially women and girls? Why are these guides not considered when wars are waged, bombs are dropped and or manufactured, arms are sold, nations are colonised, and harsh economic policies are adopted against poor countries by IFIs and so on and so forth.

Life is not black and white. It is pertinent to comprehend the grey areas and look for the context-appropriate options. It remains a fact that the efficacy of the law as an instrument of social change that in principle entails two interrelated processes, namely the institutionalisation and the internalisation of patterns of behaviour, is an established phenomenon in contemporary times. Still it is important to keep on reminding oneself that it is imperative not to see a law for the capital punishment for the murderers and perpetrators in rape, abuse and acid attacks as a magic recipe.

The death penalty cannot and will not put an end to such abuses/crimes/offences/acts of violence. Still, I insist and urge all movers and shakers in civil society and the legislative branches in Pakistan to adopt capital punishment for rapists, acid attackers and child abusers because this law is relevant in our society that has a very complex notion of honour and poor structures of governance. The death penalty in the specific social, economic and political context of Pakistan should not be seen as a desire or urge for revenge. This law, far from being a reflection of societal realities, might be a powerful means of accomplishing reality — that is of fashioning it or making it. It will definitely set a precedent in our society where the law is not only the darling of the accused but the rule of law is nothing but a fairytale that has yet to be translated into a living reality, where poor parents of rape victims as young as six years have to ‘forgive’ the perpetrators and justice for a vast majority of the masses is a product to be dispensed only on the Day of Judgment. 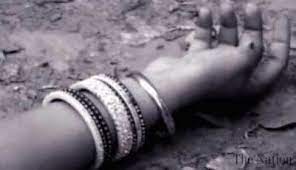