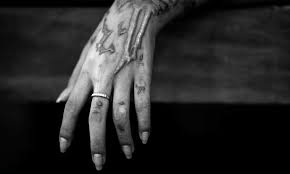 Husband, man remanded in custody in case of acid attack on TikToker

KARACHI: A local court on Saturday remanded in judicial custody two men detained in a case pertaining to an acid attack on a woman, who purportedly used to “tease” her estrang­­ed husband with her TikTok videos.

Saeedabad police arrest­­ed Syed Zeeshan along with his friend Malik Meer Balaj for allegedly throwing acid on his former wife Ramsha in Baldia Town on Aug 21.

On Saturday, the investigating officer produced the suspects before the judicial magistrate (South) Sohail Nadeem Gaddi on expiry of their physical remand in police custody to seek an extension in remand for interrogation and investigation.

The IO mentioned that the victim Ms Ramsha had lodged a complaint that she had suffered burn injuries in an acid attack allegedly by her estranged husband Zeeshan.

The victim told the police that she had left her home in Baldia Town on the morning of Aug 21, when Zeeshan ambushed her, threw acid on her body and fled the scene, added the IO quoting the victim.

He said that the victim was admitted to the Burns Centre of the Dr Ruth Pfau Civil Hospital for treatment, where doctors said she suffered up to 35 per cent burn wounds.

The IO further mentioned that according to the victim they had separated, while the suspect claimed that he had not divorced her.

Instead, the suspect said that he was trying to reconcile with her, added the IO.

He said that the victim used to make TikTok videos and had continued making them after their marriage, which had reportedly frayed the couple’s relationship.

In February this year, Ms Ramsha developed serious differences with Zeeshan and went to stay with her parents. The police added that the suspect did not like that his wife was making videos on TikTok with other men and “teasing” him by sending those videos to him.

The IO said that the data had been recovered from mobile phones, adding that second suspect Malik Meer Balaj had allegedly provided acid to Zeeshan, who threw it on his wife in revenge.

The IO submitted that further custody of the suspect was required to complete investigation and other legal formalities.

However, the judge remanded the suspect in judicial custody with the direction to the IO to produce him on next date along with an investigation report.