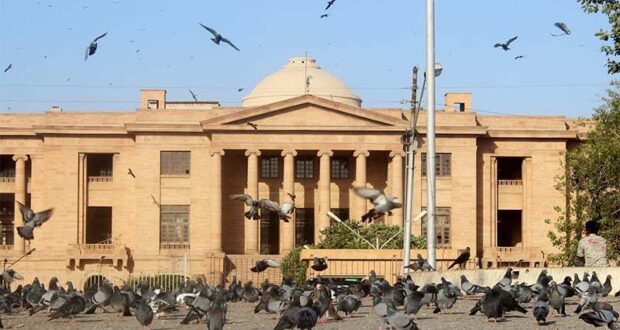 Posted by: admin in Gender Based Violence 11 days ago 0 23 Views

A two-judge bench headed by Justice Mohammad Ali Mazhar directed the committee to examine the working paper and propose changes, if any, after the chairman of the committee informed the bench that an earlier committee had also submitted detailed proposals for improvising the existing medico-legal system.

While adjourning the hearing till Dec 10, the bench directed the committee to file its report through the health department.

He further submitted that the 15-member committee was being headed by the chairman of the forensic department of the Jinnah Sindh Medical University (JSMU), Prof Dr Farhat Hussain Mirza.

Dr Mirza and additional police surgeon of the Jinnah Postgraduate Medical Centre (JPMC) Dr Summaiya Tariq, also a member of the committee, appeared before the bench during Tuesday’s proceedings.

The bench was further informed that the committee, formed by the health department last month, had not met yet.

Dr Mirza further said that they had no secretarial facility to call all the members for a meeting.

However, Dr Mangi suggested that if the chairman of the committee informed them about the meeting 10 days in advance, then all committee members would be communicated to ensure their presence.

At this, Dr Summaiya submitted that due to the second wave of Covid-19, it was not possible to hold a physical meeting and proposed a virtual meeting.

Before convening the meeting, the bench directed the chief technical officer to supply copy of working paper/proposal to all members of the committee so that they might examine the documents and also propose changes.

After examining the same, Dr Mirza and Dr Summaiya would suggest a date for convening a virtual meeting through Zoom and if circumstances so allowed they may hold a physical meeting for finalizing SOPs and submit the same through the health department in court, the bench concluded.

Natasha Ali and other petitioners approached the SHC stating that medico-legal officers were performing hymen and two-finger tests as part of the medical evaluation of sexual assault victims.

They maintained that such tests and standards were unreliable, unnecessary and without any scientific basis and defied the constitutional liberties vesting in and with all citizens, including victims of sexual assaults.

They asked the SHC to issue directives to the home and health departments to end two-finger tests in rape cases, ensure implementation of DNA tests and the SOPs germane to good medical practice as regards medical examinations, investigations and criminal prosecution of allegations in sexual assaults cases.