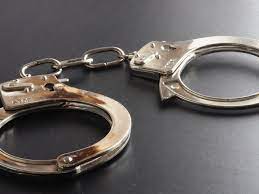 Posted by: admin in Gender Based Violence July 31, 2022 Comments Off on Four suspects held for killing woman in Kotli Sattian 30 Views

Police arrested four suspects, including three women, for their involvement in the murder of a woman in Dhan Garan area of Kotli Sattian three days ago.

Police said the suspects killed the woman and portrayed her death as a suicide. The deceased Ayesha Bibi had tied the knot with Shamraz Satti three years ago. She was found dead in mysterious circumstances at the house of her in-laws.

Muhammad Bilal, the brother of the deceased, filed a case in the Kotli Sattian police station, in which he claimed that he was informed by Muhammad Nawaz, father-in-law of his sister, that his sister had committed suicide by shooting herself, and that the people of the village had brought the body to the Tehsil Headquarters Hospital, Kotli Sattian.

However, when Bilal reached the hospital, he saw his sister’s body lying in a pool of blood.

Suspecting the murder of his sister, he had filed a complaint alleging that Muhammad Nawaz, Muhammad Shiraz, Kausar, Rashida Bibi, and Saila Bibi had together killed Ayesha for unknown reasons and had, later on, try to portray her death as a suicide case.

The police arrested the accused after a thorough investigation, moreover, the SHO stated that her in-laws had tried to stage a drama of suicide.

The arrested include the woman’s father-in-law Muhammad Nawaz, Muhammad Shiraz, Arshad Bibi, and Kausar. SP Kohsar Haider Ali said that all legal requirements will be fulfilled to ensure that the arrested accused are punished.

No matter how vicious the accused are, they cannot escape from the grip of the law.