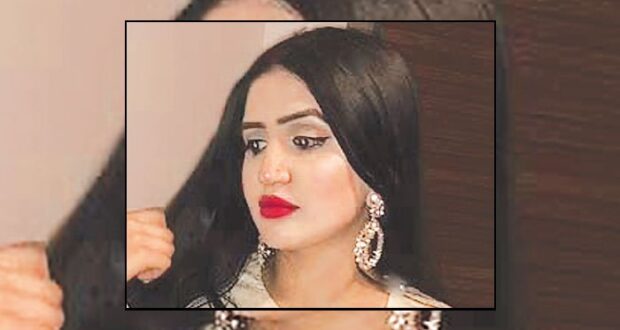 LAHORE: Initial investigations into the murder of a 26-year-old British national Pakistani girl have suggested that the two persons allegedly known to the victim had shot her dead at her rented house in the Defence-B police limits the other day.

Police have registered an FIR against the nominated accused persons, collected forensic evidence from the crime scene and started investigations into the incident.

Sources in investigation wing of Lahore police told The News that the girl was also holding citizenship of Belgium while her parentswere living in the UK. She was a law graduate from London.

Some six years ago, the victim’s parents tried to contract her marriage with an Afghani boy but she flatly refused. She came to Pakistan one year back and started living with her friend Iqra Hamdani

The victim’s Uncle Muhammad Nazir in his complaint before Defence B police wrote that his niece Maira Zulfiqar few days back had come to his house and told him that two men Tahir Jadoon and Saad Amir Butt had been hurling threats of dire consequences to her over refusal to their proposals. She feared her life from them. He consoled her and made a plan to talk those boys. On Monday, he received a call from his brother Zulfiqar from London that Maira had been shot dead. He went to the house and found her in a pool of blood in her room. He alleged that she had been murdered by Tahir Jadoon and Saad Butt along with their two accomplices. He continued that both of them wanted to marry her but she flatly refused.

A police officer, who visited the crime scene, said that the victim had come to her place after Sehri. She went upstairs to her room and was found dead in the day. She had received a bullet injury in her neck and also had marks of torture on her body. The circumstantial evidences suggested that the the suspects had first strangulated her and then opened fire.

Other Media Reports: The Nation