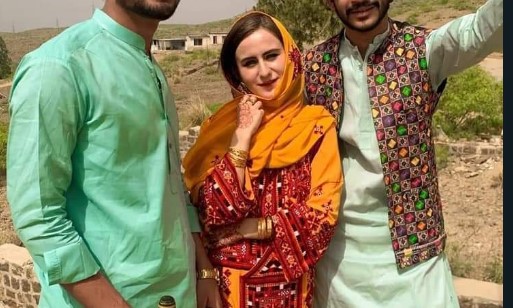 Posted by: admin in Gender Based Violence 26 days ago 0 26 Views

A US national woman was allegedly gang-raped by her “guide” and his two accomplices at tribal area tourist resort Fort Munro in Dera Ghazi Khan District.

Also a social media activist and vlogger, the woman was on a trip to the Fort Munro hill station.

Acting on the woman’s complaint, the Border Military Police (BMP) arrested the prime suspect, ‘M’ (21), also said to be an American citizen.

The DPO said the BMP presented the suspect in a local court and obtained his physical remand, while the woman had been sent to hospital for medical examination. He said the Fort Munro BMP registered a gang-rape case on the complaint of the vlogger, who alleged the suspects also recorded video clips of the episode.

The DPO said the foreigner had contacted the prime suspect through a tourist guides group page on social media and planned a trip to Fort Munro on his invitation. She later informed the police over phone that she had been raped by her hosts.

During inquiry, it transpired that the woman was on a visit to Pakistan and had been residing with one Basil Khan in Lahore.

Basil told the police that she was his fiance’.

According to inquiry reports, Basil and the foreigner vlogger had met the prime suspect ‘M’ through a social media app, the DPO said.

The woman told the police that on M’s invitation she left for Rajanpur alone on public transport, where she stayed with his host’s family for a couple of days.

Later, on July 16, both left for Fort Munro, where they stayed in a hotel room. The woman later alleged she was gang-raped by ‘M’ and his accomplices.

“I received life threats from ‘M’ over phone for reporting the matter to police”, she stated in the FIR.

Fort Munro BMP police registered the first information report (FIR) against three nominated suspects under sections 376 and 292 b of the Pakistan Penal Code.

DG Khan Deputy Commissioner Anwar Baryar, who was also senior commandant of BMP, told Dawn the woman was on a trip to Fort Munro, where she was allegedly gang- raped.

He said raids were being conducted for the arrest of other nominated suspects.

Meanwhile, Punjab Chief Minister Hamza Shehbaz has sought a report from the Punjab inspector general of police (IGP) on the Fort Munro incident.

The CM ordered indiscriminate action against the culprits, saying they would be given exemplary punishment as per the law, and justice would be done to the complainant.