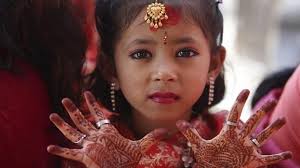 NAWABSHAH – The marriage of children below the age of 18 years is an offence under the law and parents and their facilitators involved in such marriage would be held responsible to prevent such marriage.  This was state by Deputy Commissioner (DC) Shaheed Benazirabad Abrar Ahmed Jaffar while chairing a district committee formed for prevention of underage marriages. The DC instructed members of district committee to collect information about underage marriages in their respective areas and keep the names of these children secret.  The DC said that complaints of such underage marriages be reported in written application with magistrate or police station of the jurisdiction so that legal action could be initiated against their parents and facilitators. He added that a session would be held with District and Sessions Judge for complete implementation on Child Act law. He said that at union council level, Assistant Commissioners would be made bound for the prevention of child marriages so that they should identify such incidences and take measures to stop them. The DC said that 70% marriages were registered with the Nikah Registrars and they would be made bound to register all marriages held in their respective areas. The meeting was attended by director information Shaheed Benazirabad Shafique Hussain Memon, deputy director child protection SSBA Muslim Farooq, protection officer domestic violence Farhana Imran, Dr Raj Kumar, Afshan Mahar Memon, Javed Ali Mallah and other committee members.