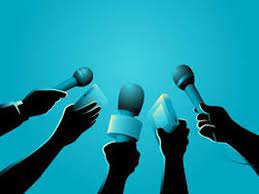 Posted by: admin in Women and Media November 26, 2022 Comments Off on Cultural barriers posing obstacles for female journalists in KP 68 Views

Hina Gul’s family was reluctant to allow her to study journalism when she enrolled in university. They only allowed her to get admission in the journalism department of the university on the condition that after completing her education she would not pursue journalism as profession. However, after completing her degree, Hina convinced her family to allow her to become a journalist but only to work in the office and not to do reporting from the field.  Hina, a resident of Peshawar and currently is working as social media coordinator with TNN.

Cultural barriers are a big issue to the female journalists in KP due to which they are not getting into media because the people of this society considers it bad female going out and interviewing people.  Many people also believe that it is shameful for a family. if a female member works in the media. The desire of most women in KP to work as journalist remains just a dream

Sidra Ayan, another journalist working with TNN, said she recently lost an opportunity to work with mainstream news channel, only because her family did not allow her to work on TV.

Laraib Athar, a Mardan based freelance writer for Daily Times said that she was the only female student in her journalism class and that the men in her class frequently made fun of her decision to specialize in media.

Asma Gul, reporter of TNN said that in the field, when she takes out tripod and set up the camera, many people gather around her as she is doing something strange. She added that sometimes the crowd misbehaved with her, so she left the place without completing the story.

Shumaila Afridi, a freelance journalist belonging to Khyber, said that when she joined media, it was very difficult for her, and she had to write for mainstream websites without her byline. Then, after many years she started using her byline. She added that she often remains in psychological pressure because of comments by her acquaintances.

Anmol Shiraz, who hosts a programme “Heroes of KP’’ on the web channel Voice of KP is the first women from Christian community to became journalist in KP.   She said that people still believed that women should be restricted to their homes, therefore, they cannot advance.   ‘’People in our society don’t have that much exposure, they are still in stereotypical thinking, and believe that the more you control a woman, the less likely it is that she will leave you’’. Anmol told

Several journalists have written about this issue in articles and stories, but it continues to exist.

There are many problems women are facing in Pashtun society which need to be highlight but they remain hidden because women are not allowed to get in into the media. 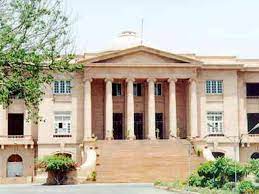 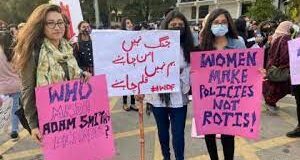