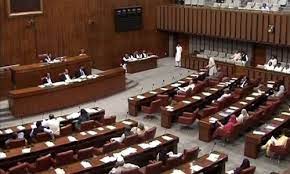 Posted by: admin in Gender Based Violence 10 days ago 0 7 Views

LAHORE: A session’s court on Friday sought the police record of a rape incident involving a Filipina who had sought protection from the alleged rapist.

Factory Area police had registered the first information report on complaint of the woman against a Pakistani man. She alleged that the suspect had promised to give her a job and when she visited him at his office in the Cavalry Ground area on July 7, he subjected her to rape.

Advocate Shehzad Ahmad Chaudhry, the counsel for the Filipina, told the court the suspect had been pressurizing his client to withdraw the case. He said the police had also been protecting the suspect as they were not been summoning him for investigation. He said the medical report had proved the commission of the rape.

Additional District & Sessions Judge Shafiq Abbas issued a notice to the police and summoned a complete record of the case within one week.