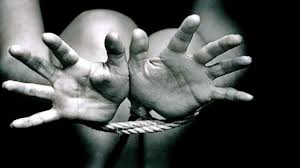 Posted by: admin in Gender Based Violence 10 days ago 0 7 Views

KARACHI: Police on Friday claimed to have recovered an abducted woman and arrested a suspect.

According to District West Investigations SSP Abid Qaimkhani, the victim’s uncle, namely Kareem, had lodged a kidnapping case at the Manghopir police station earlier this week, claiming that his niece, Banu, was kidnapped by their relative, Qasim. The complainant said that Qasim wanted to get married to Banu and he had kidnapped his niece to marry her. Further investigation is under way.

Citizen robbed of cell phone: Two men riding a motorcycle snatched a cell phone from a citizen at gunpoint in the Defence View area on Friday.

CCTV camera footage of the incident went viral on social media, showing that the armed suspects came close to the citizen, who was in a car, and one of them snatched his cell phone at a gunpoint.

The footage showed the citizen waving his hand as he pursued the fleeing muggers in his car. However, he was unable to catch any of the suspects, who managed to escape.