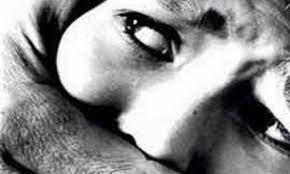 Posted by: admin in Gender Based Violence 21 days ago 0 30 Views

A local court sent a religious teacher, nabbed by the Federal Investigation Agency last week on judicial remand on Monday.

The East judicial magistrate was hearing the case against the religious teacher, accused of harassing and blackmailing a 13-year-old minor girl and her mother with obscene pictures, at Karachi city court.

The FIA produced accused Qari Abdul Qadeem before the court. The investigation officer submitted the remand report and informed the court that the interrogation of the accused has been completed and further remand is not needed.

Directing the IO to submit the case challan, the court sent accused Qadeem to jail on judicial remand.

According to the FIA, Qadeem was hired as a home tutor but he abused the minor girl and blackmailed the family with obscene pictures of her. The FIA officials state that Qadeem had sent pictures of the child to the mother and threatened to post them on social media if he was not given money. Acting on the mother’s complaint, the FIA conducted a raid and arrested Qadeem from Gulshan-e-Iqbal. The federal agency found pictures of the minor girl on the religious teacher’s mobile phone.

Separately, Malir district court directed the police to arrest the accused former husband of a petitioner seeking custody of her daughter.

The petitioner informed the court that her former husband was physically abusive and used to beat her. She further stated that the accused demanded money from her and when she was unable to meet his demand, he divorced her and took off with their two-year-old daughter.

The petitioner maintained that the police was not cooperating with her for the recovery of her daughter.

Sohrab Goth Police maintained before the court that the police took action against the accused but he has fled the city.

The court directed the police to arrest the former husband of the petitioner and take the minor daughter under custody. The police was directed to produce both – the husband and the daughter – and submit a detailed report at the next hearing.