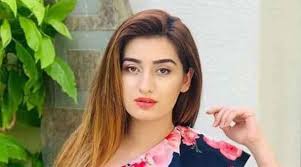 Posted by: admin in Gender Based Violence 20 days ago 0 19 Views

KARACHI: A local court on Monday directed the investigating officer to submit a final investigation report in a case pertaining to the death of Dr Maha Ali Shah.

Initially, the police said the young lady doctor practicing at a private hospital in Clifton had allegedly committed suicide by shooting herself at home in Defence Housing Authority (DHA) on Aug 18, 2020.

But later, the police booked eight people — including her friends Junaid Khan, Waqas Hasan, Bilal, Yasin, Saad, Munir, Nasir — under relevant sections of the law pertaining to poisoning the victim to death.

On Monday, the investigating officer (IO) of the case moved an application before the judicial magistrate (South), submitting that notices had been issued to three suspects — including Junaid Khan, Waqas Hasan and Nasir Siddiqui — to appear before the police for the purpose of drawing their DNA samples.

However, he said that the suspects flouted such direction and were not turning up for drawing their samples so that the same could be sent to the laboratory for matching the DNA sample of the victim.

The IO informed that a final investigation report would be filed after obtaining DNA samples of the suspects and their chemical analysis, but the suspects were not cooperating with the investigation. He requested the judge to grant more time to do the same.

Allowing the request, the judge granted five-day time to the IO for obtaining the suspects’ samples and submitting final investigation report along with chemical analysis report of the DNA matching.

According to her family, Khan, Hasan and Dr Irfan Qureshi, who has been partially discharged from the case, had allegedly subjected Dr Maha to mental and physical torture, exploited her and lured her into using drugs which later led to her death.

They said Dr Maha had told them that she was being threatened with dire consequences by the suspects if she did not act according to their wishes. This pressure led her to end her life, they added.

In September, Khan and Hasan had escaped from the City Courts after their interim bails were recalled following the submission of the charge sheet by the police which implicated the suspects in the offence.

However, later they surrendered after obtaining protective bail from the Sindh High Court.